EURUSD and GBPUSD are BACK!

EURUSD and GBPUSD are BACK!

During the Asian session, the euro strengthened against the dollar. ECB President Christine Lagarde gave an additional impetus to the euro yesterday as she announced on the ECB’s website that an increase in the negative rate in the Eurozone could be expected after the third quarter of this year.

Currency traders continued to force sales of U.S. currency. On the other hand, an embargo on Russian oil imports could be imposed by the end of this month. The euro is exchanged for 1.07100 dollars, representing the strengthening of the common European currency by 0.16% since the beginning of trading tonight. We need to continue the current positive consolidation for the bullish option and retest this morning’s maximum at the 1.07365 level. Our potential bullish targets are 1.07500, 1.07750 and 1.08000 levels. We need negative consolidation and a pullback below the 1.06500 level for the bearish option. After that, the pair falls below the MA20 and MA50 moving averages, which could increase bearish pressure and lower us to the 1.06000 level. If the EURUSD fell below 1.06000, then it would return to the previous consolidation zone of 1.05000-1.06000. 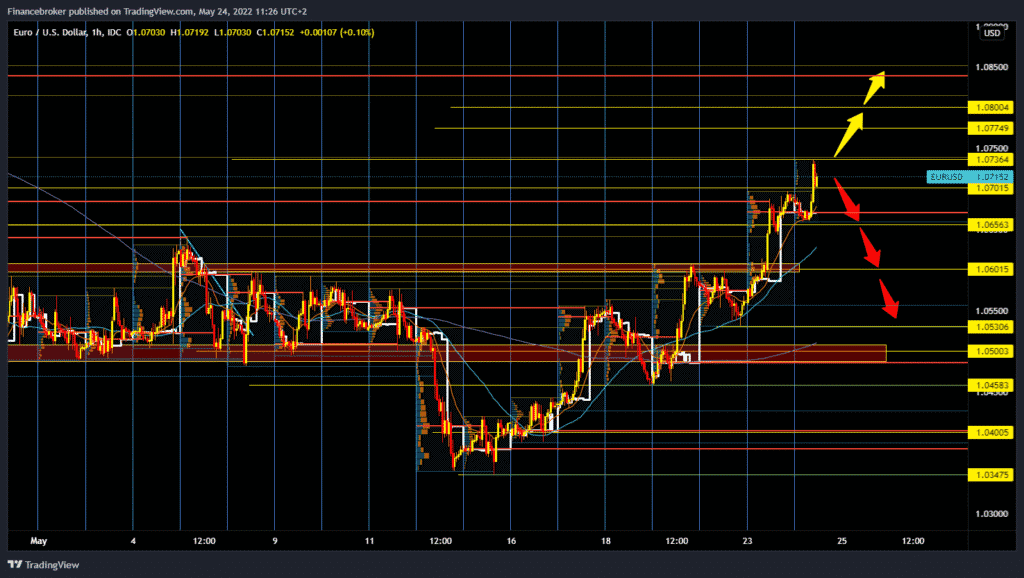 During the Asian session, the British pound strengthened against the US dollar to 1.26000. Traders continued to sell the US currency, favoring the pound during the Asian session. The weakness of the US dollar and the mixed mood of market participants, while British officials hope to overcome post-Brexit and economic problems caused by inflation. Governor Bailey’s address is expected today. During the European session, the pound fell sharply after poor economic data from the island. The pound is now trading at $ 1.2468, representing a weakening of the British currency by 0.75% since the start of trading tonight. The UK’s preliminary index of business activity for May fell to 15-month lows, which shook the pound.

We are still in the bullish growing channel since May 12, but we see that there is now pressure on the lower support line at the 1.24750 level. We need a new positive consolidation and a return above the 1.25000 level for a potential continuation on the bullish side. After that, our target is the previous high at 1.26000 level. If the pound manages to stay above 1.26500, then we could expect to see a continued recovery. We need a break below the bottom line of support and a negative consolidation for the bearish option. After that, with increased bearish pressure, we can expect further lowering of GBPUSD to the next support zone at the 1.23350 level. Our potential bearish targets are 1.23000, 1.22500, 1.22000 and so on. 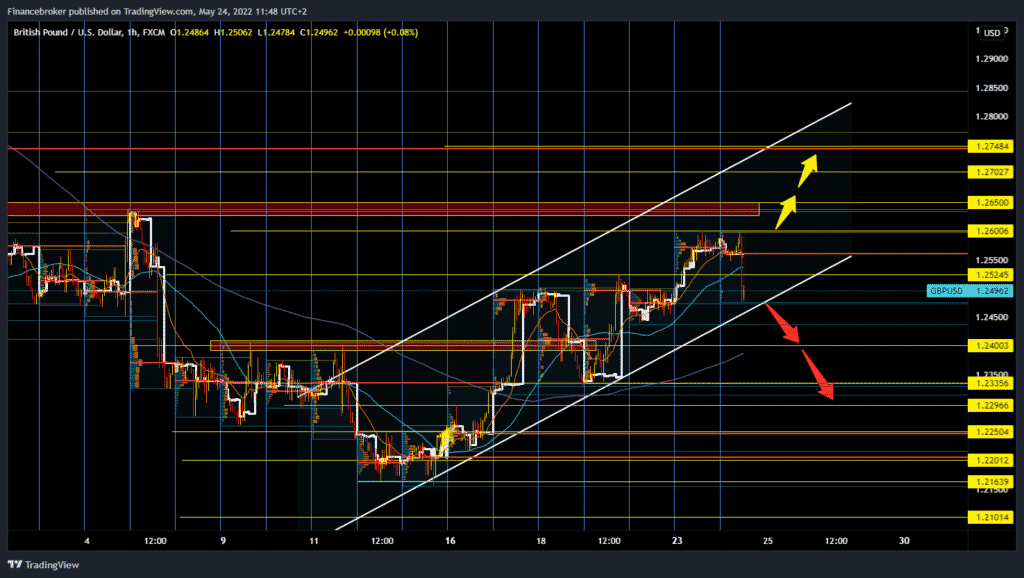 The disappointing announcement by UK Services PMI has raised doubts about a further increase in the BoE rate. A certain weakness caused by the cross-influence of various factors further burdened the pound and contributed to today’s decline.

Data from a PMI survey in the UK signal a severe slowdown in economic growth in May. These forward-looking indicators suggest that even worse data will come. Meanwhile, the picture of inflation is getting worse as the rate of increase in company costs has reached another all-time high.

Manufacturing PMI fell to 54.6 in May from 55.1 to 55.8. The data reaffirmed the Bank of England’s poor economic outlook and forced investors to cut bets on any further interest rate hikes.

Survey data suggest that the economy is almost coming to a halt as inflationary pressures rise to new historic levels.

The post  EURUSD and GBPUSD are BACK! appeared first on FinanceBrokerage.

Understanding the Pros and Cons

Pending home sales rose in May, but economists say it’s just a blip

Why property investment is about finance, not real estate

The Case For Owning Bonds

This is What Happened in Kremenchug – Investment Watch